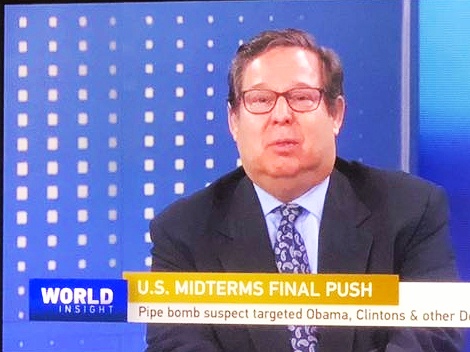 A busy week of explaining the U.S. election to Chinese audiences.

China Radio International asked me to analyze the November 6 U.S. midterm elections. Instead of staying up all night watching the results in Washington, as I used to do during my 35 years of covering politics, I spent a day of my midterm (exam) week at Tsinghua University monitoring the returns, taking advantage of the 13-hour time difference to avoid sleep deprivation.

Here is a lightly edited transcript of my CRI Q&A:

Q: What’s your reaction to the election result?

A: It was exactly the result I expected. Donald Trump’s decision to divide the country along class and racial lines helped Republicans make gains in the Senate but it doomed them in the House. And I think Trump made a rational political decision: sacrifice the House to keep the Senate, where his nominees for executive office and the courts must be confirmed. This split verdict of the voters strengthens Trump as far as nominations are concerned, but it will make it hard for him to pass any legislation unless it is truly bipartisan. It also will subject him to aggressive oversight by the new Democratic committee chairmen in the newly Democratic House.

Q: To what extent do you think this is going to reshape the political landscape of America?

A: It confirms that 2016 was not a fluke and that Trump has realigned American politics. On the one hand, some suburban voters are switching to the Democratic Party, and women and younger voters are becoming more and more Democratic. But Trump has consolidated the realignment of white working-class voters and has managed to maintain the support of many educated white men in the suburbs. I think it means at least two more years of deeply divided politics and a focus by both parties on a few states that will determine the 2020 election: Pennsylvania, Michigan, Wisconsin, Minnesota, Iowa, Arizona and probably Florida.

Q: Donald Trump said two days before the elections that he planned to focus on the Senate. He declared the election results a “tremendous success” for Republicans. In what ways could this be a victory for Donald Trump?

A: Well, it’s a victory because he kept control of the Senate, and even strengthened the Republican majority. He is directly responsible for that with his highly charged rhetoric and his aggressive campaigning. Five new senators owe Trump their jobs. It means that Trump will have virtual carte blanche on nominations for administration positions and federal judgeships for the next two years.

Q: Do you think Donald Trump should be given the credit for Republicans keeping the Senate red?

A: Yes, he deserves credit. And so does Senate Majority Leader Mitch McConnell. Trump figured out a way to motivate his base. Democrats were enthusiastic about going to the polls to vote against Republicans. They figured out a way, with the Supreme Court nomination fight over Brett Kavanaugh, to charge up Republican base voters. Trump understands the Trump voters better than the American media does. 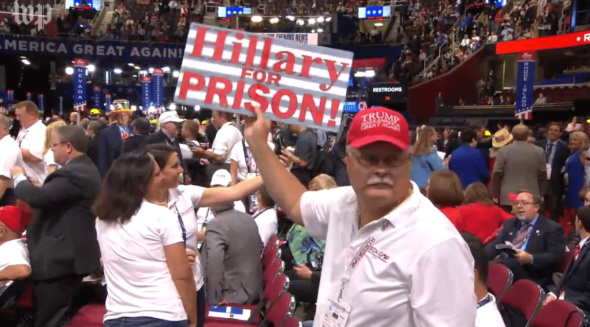 The Magic of MAGA? Trump charges up his troops … again.

Q: With divided leadership in Congress and a president who has taken an expansive view of executive power, is Washington going to see even deeper political polarization and legislative gridlock?

A: Because the Democrats control the House, there will either be bipartisanship or gridlock. Judging by Trump’s track record, I would bet on gridlock. Unless Trump completely changes his persona and suddenly becomes a statesman, Washington will devolve into gridlock and recriminations. The House will investigate Trump. The Senate will support Trump. The most likely compromises will come when Congress debates spending bills, because they have to figure out a way to agree to pay for government operations.

Q: The 2018 midterms are viewed by many as a national referendum on President Trump. Why is that? Is that what usually happens in the U.S.?

It was a referendum on Trump because he made it a referendum on himself. He could have made it a referendum on a strong economy, but he decided that dividing voters over issues such as immigration and judges would help Republicans keep the Senate. He was right about that, although Democratic Senate candidates got millions more votes than Republican candidates, and House Democratic candidates received a bigger majority of the two-party vote than either party has received since 2008. So the public spoke: Trump and Republicans are unpopular, but the American system, which gives each state two senators, benefits the smaller, more conservative states where Trump is popular.

Q: A survey released on the eve of the election shows that a quarter of Americans have lost friends over political disagreements and are less likely to attend social functions because of politics. What does it tell about the political environment in today’s American society?

A: It is toxic. I stayed off Twitter for much of the past week because there were too many angry people spending their time insulting each other. Social discourse in America is making people angry, depressed and divided. I hope that changes, but I’m not sure where the change will start.

Q: Why are we seeing more far-right activists using violence to express their political views, from the pipe bombs sent to prominent Democratic figures to the shooting at a Jewish synagogue in Pittsburgh that killed 11 people?

A: Far-right activists feel empowered and emboldened by Trump’s rhetoric and his successes. Trump is not responsible for crazed people who commit violent acts, but he does bear some responsibility for the lack of civility in public discourse and a failure to repudiate racial and religious hatred.

Q: Will the election result in any way influence the Trump administration’s trade policies?

A: I am an eternal optimist, and I think there’s a chance that Trump will try to cool down the rhetoric and try to find a negotiated settlement to the trade dispute with China. Election Day polling of voters found that only 25 percent of them believe that Trump’s trade policies are good for the American economy.

But it is also possible that, having declared victory, he will feel emboldened to continue to challenge traditional allies such as the EU and NATO, and get tough with China and even Russia, as we saw recently when he pulled out of the nuclear arms treaty.