66 questions about the future of 16 potential 2016 presidential candidates

The midterms are over. As Maurice Sendak wrote so eloquently, “Let the wild rumpus begin.”

The 2016 presidential race could well be a wild thing. More than a dozen White House wannabes have been campaigning across the country this year, ostensibly for local candidates for state and federal offices. Hillary Clinton is tanned, rested and ready, and Jeb Bush is being pressured to undertake a second restoration of the Bush Dynasty. There are future dark horses, wild cards and future comedians’ punchlines who tonight are dreaming big dreams.

So many candidates. So many questions. Here are 66 questions for 16 of the potential contenders.

We won’t know all the answers until November 2016.

Eric Cantor not only joins the list of most shocking House primary losers ever, he tops the list 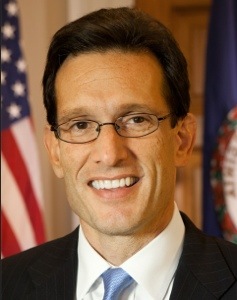 Sometimes, the hyperbole is right.

Then I called out the search engines — even the ones blocked here in China — and I soon concluded that Cantor, the first House Majority Leader to be ousted by his own party since the post was created 115 years ago, topped the list.

It’s a short list, because so few primary defeats come out of nowhere. There was a bit of a buzz a couple of weeks ago when Rep. Ralph Hall of Texas, a former committee chairman and the oldest man ever to serve in the House, was ousted by a Tea Party insurgent. But few among the Pundit Elite were shocked.

This one was different. I was thinking back and I thought all the way back to the dark days of the Vietnam War, when anti-war insurgent Elizabeth Holtzman stunned longtime House Judiciary Committee Chairman Emanuel Celler in the 1972 New York Democratic primary. Celler was the longest-serving member of the House, a 50-year veteran, and his defeat rocked the House leadership almost as much as George McGovern’s landslide presidential loss did two months later. 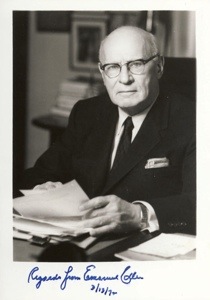 General election shockers are nothing new in wave election years or special circumstances. House Speaker Tom Foley was toppled in the 1994 Republican Revolution that ended four decades of Democratic dominance. People were shocked when Dan Rostenkowski, the Ways and Means Committee chairman, lost after getting in trouble with the law over postage stamps and a few other low crimes and misdemeanors. After all, it was Chicago, and what Daley Machine pol loses … to a Republican?

Chicago’s Michael Patrick Flanagan (the Rosty Slayer) isn’t the only challenger to see lightning strike. New York sent Republican Fiorello LaGuardia to Congress in a shocker over Tammany Hall’s own incumbent Democrat, Michael F. Farley, in 1916. LaGuardia went on to become a legendary New York mayor and the subject of a Pulitzer Prize winning musical, “Fiorello!” Farley died in 1921 of exposure to anthrax from his shaving brush.

Rostenkowski’s general election defeat was a final ripple from the the biggest anti-incumbent primary wave in modern history, when 19 lawmakers were purged by constituents angered by the House bank scandal and the lingering aftereffects of recession. The biggest name to fall in a primary that year was Michigan Rep. Guy Vander Jagt, chairman of the National Republican Congressional Commitee, who was beaten by conservative insurgent Peter Hoekstra.

The next biggest wave of incumbent House member defeats in primaries came in 1946, when 18 sitting House members were ousted so that a group of World War Two vets could come to power. None rivaled Cantor in star power.

Among the newcomers: Richard Nixon and John F. Kennedy, neither of whom ousted incumbents in primaries. Nixon shocked five-term California Democrat Jerry Voorhis in the general election, while Kennedy earned his way to DC by dispatching nine Democrats (including two named Joseph Russo — one of them recruited by his dad to split the opposition vote).

Many of the biggest primary surprises have come after reapportionment and redistricting, when party leaders try to eliminate upstarts by “pairing” them against powerful veterans. Sometimes, it backfires, like when anti-machine Philadelphia Democrat Bill Green buried ten-term incumbent (and former funeral director) James A. Byrne in 1972.

Party-switchers also have been prime targets for primary defeats, even with the support of their new party. Such was the fate of Texas Rep. Greg Laughlin, who was toppled in a 1996 GOP primary by a supposedly washed-up former congressman (and Libertarian Party presidential candidate) named Ron Paul, a man who lives to bedevil the Pundit Elite.

Occasionally — very, very occasionally — a grassroots insurgent takes out the Establishment favorite. How many of you remember when a young upstart from Weatherford, Texas, named James Claude Wright Jr. unseated four-term incumbent Wingate Lucas, the favorite of Fort Worth publisher and power broker Amon Carter, in the 1954 Democratic primary? (Former Star-Telegram political reporter and DC veteran Larry Neal does.) Wright went on to become one of the most powerful House members of the second half of the 20th century, serving as House Majority Leader and House Speaker.

Does anybody have any other nominees for biggest primary election surprises? As Ross Perot said famously, “I’m all ears.”