← A tribute to the shuttered McClatchy Beijing bureau — and the former Knight-Ridder international reporters
Top ten U.S. political winners and losers of 2015 →

The bromance is headed for a rocky break-up in 2016.

The pundits were soooooo wrong in 2015 that it seems silly for anyone to pull out the crystal ball again. Especially in the midst of the most unpredictable Republican presidential nominating process in … what, four years? (President Gingrich, President Santorum, President Perry, we hardly knew ye.)

But since so many pundits make good salaries predicting things that don’t come true, I’m going to let you in on some things that are as solid as Sears. (OK, if you’re under 50 years old, you probably don’t understand that line.) 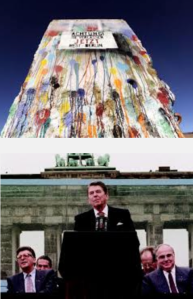 “Mister Hearst, tear down that wall.”

12. American newspapers continue to reassess the ill-fated paywall fad amid mounting evidence that they are destroying any potential for long-term community-building in a misguided attempt to increase short-term revenues.

13. No pro team from Philadelphia or Austin will make the playoffs in any sport.

14. Dan Snyder will continue to top the lists of “worst sports team owner,” despite his mediocre team’s miraculous 2015 run in the NFC Least division.

15. The Pyongyang Marathon will continue to be the least popular marathon in any nation’s capital. It’s on April 10, if you’re interested in signing up.

Have you signed up yet? One-way airfare not included.

16. American newspapers and news networks will feature stories about the poisonous air in Beijing with frightening regularity, causing the Chinese government to (a) condemn the negative news coverage and (b) develop a new and improved strategy for dealing with a problem that’s not going away, despite the occasional blasts of fresh air from Siberia.

Happy New Year to all!