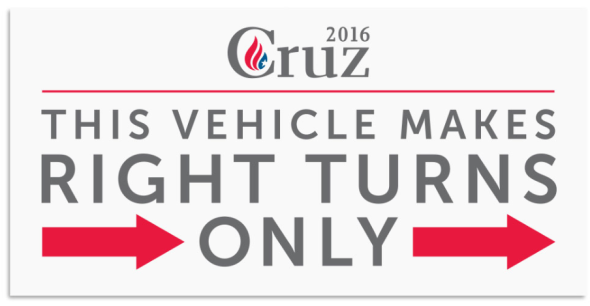 The 2016 presidential candidates are criss-crossing New Hampshire as they enter the home stretch before the first-in-the-nation primary.  Polls show the horse race is too close to call.  With candidates running neck-and-neck, the air war is ferocious, but the ground game could be a game-changer. Only time will tell. This tight race is make-or-break for Donald Trump, Bernie Sanders, Hillary Clinton, Ted Cruz, Chris Christie, John Kasich, Jeb Bush, Marco Rubio, Jim Gilmore … well, all of them. It is the most important primary of 2016.

Until the next one in South Carolina.

Watching a presidential primary contest unfold from my living room (for the first time since 1972), I have been impressed by the legion of young reporters following the dozen-plus presidential candidates. (H/T Al Weaver and Alexandra Jaffe) But I also have been less-than-impressed by the cliché-littered coverage by many political reporting veterans and partisan pundits, particularly on cable television.

Here is a list of ten terrible clichés that I would ban from 2016 presidential stories … if I had the power of Donald Trump to shape news coverage.

This list of clichés is incomplete. Feel free to add your own contributions in the comments section below. 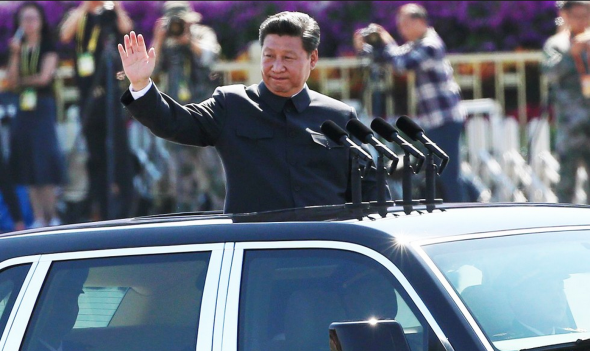 Images of Xi Jinping at the Sept. 3 military victory parade were shared around the world. But who is the Chinese leader and what does he stand for?

Chinese President Xi Jinping is coming to the United States, and very few Americans (or even American journalists) know much about the leader of the nation’s most populous country.

With apologies to Vladimir Putin, he has been called the most powerful leader in the world. But what does that mean?

Is Xi a reformer? Is he a hardliner? Is he a step forward, a step back — or both? Is he firmly in control or fearful of rivals within the ruling elite — or both? Is “Big Daddy Xi” widely popular or the beneficiary of a manufactured cult of personality?

As much as I’ve learned about China over the past two years, I still have a lot to learn. For additional background, I recommend you check out my former Philadelphia Inquirer colleague Jim Mann’s recent commentary in the Washington Post:

For American pundits, China isn’t a country. It’s a fantasyland.

In the meantime, test your knowledge of who Xi Jinping is — and isn’t — by taking this news quiz. Which of these statements are from Xi and which are from other world figures? Good luck.

For answers, scroll to the bottom of the post, after the final photo. Click on the quotations to read the original source material. 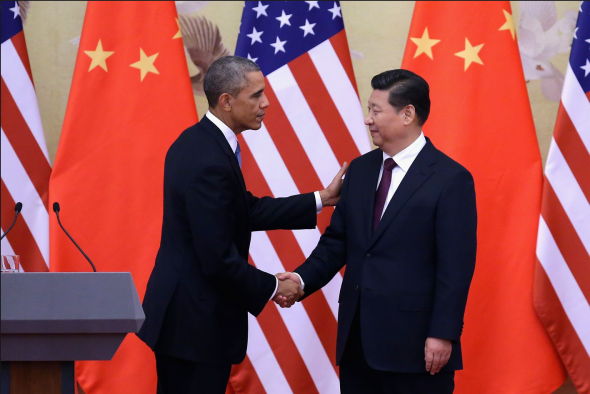 President Barack Obama and Xi Jinping have been careful to treat the other with respect and discuss fundamental disagreements without alienating the other nation’s leadership.

Who said the following?

2. “(We must) make terrorists become like rats scurrying across a street, with everybody shouting ‘beat them!’”

3. “Some foreigners with full bellies and nothing better to do engage in finger-pointing at us.”

4. “America must be a light to the world, not just a missile.”

5. A cooperative United States-China relationship is “essential to global stability and peace.”

6. “To build a community of common destiny, we need to pursue common, comprehensive, cooperative and sustainable security.”

9. “Resolute and decisive measures must be taken and high pressure must be maintained to crack down on violent terrorists who have been swollen with arrogance.”

10. “I know what America is. America is a thing you can move very easily, move it in the right direction. They won’t get in our way.”

11. “The international forces are shifting in a way that is more favorable to maintaining world peace.”

12. “We should uphold the idea that working hard is the most honorable, noblest, greatest and most beautiful virtue.”

d) The captain of the U.S. Olympic baseball team

14. “Our strength comes from the people and masses. We deeply understand that the capability of any individual is limited, but as long as we unite as one, there is no difficulty that we cannot overcome.”

15. “Economic growth … is going to come from the private sector. But the No. 1 thing government can do to encourage that growth is get out of the way.”

17. “People should not underestimate me.”

18. “The Communist Party is keenly aware one of the reasons its predecessor in China, the Nationalists, lost the Chinese civil war in 1949 was because of the terrible corruption under their rule, costing them public support.”

19. “When China and the United States work together, we can be an anchor for world stability and the propeller of world peace.”

20. “Our two nations are poised to take an historic step forward on the path of peaceful cooperation and economic development. I’m confident that our trip will be a significant success, resulting in a stronger U.S.-China relationship than before. For Americans, this will mean more jobs and a better chance for a peaceful world.”

Answers below this photo. 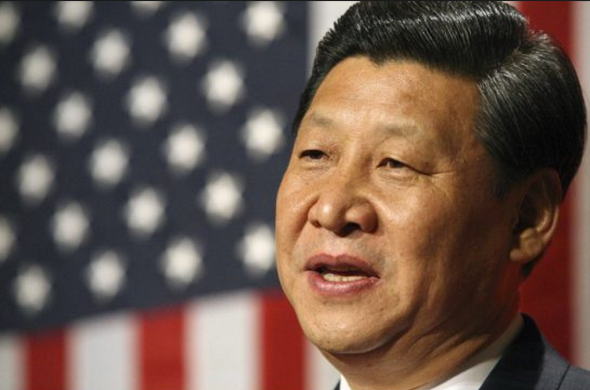 XI Jinping is honored in Iowa, where he lived several decades ago.

Experimenting with data visualization: Here are some interactive graphics I have developed 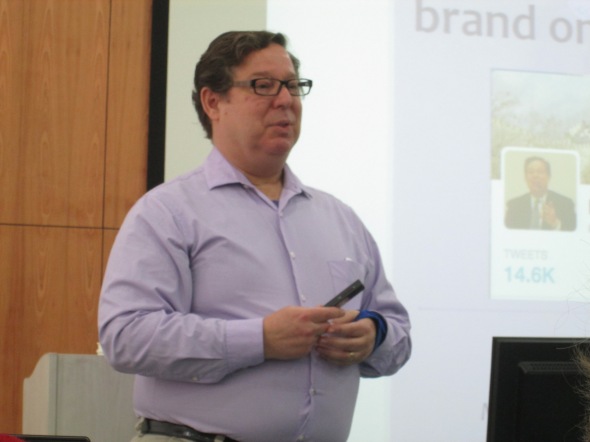 Data journalism has become an indispensable part of the news world. Every journalist who hopes to have a job in five or ten years will be required to have at least a basic understanding of spread sheets, data scraping, data cleaning, data visualization and coding.

As part of the new Data Journalism course I have created for the Global Business Journalism Program at Tsinghua University, I am experimenting with data visualization platforms. Here are a few examples. (If my WordPress blog platform will not allow you to open the embedded graphics, you can click on the links to take you to the pages where you can view them.)

I’d love to get your feedback … and some suggestions on platforms that could be useful for data viz projects.

THE VALUE OF THE U.S. DOLLAR OVER THE PAST DECADE PLOTTING AGAINST SIX INTERNATIONAL CURRENCIES

THE 2016 REPUBLICAN PRESIDENTIAL FIELD: A SAMPLING OF AN UNFORMED CONTEST

Ten impossible dreams for 2015, from Louie Gohmert to Chris Christie 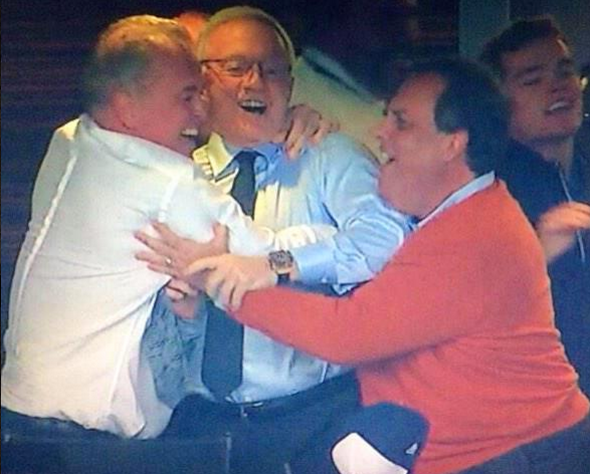 Chris Christie and the Joneses: A bro-hug for the ages.

It’s a New Year, and everybody can dream big. In politics, every governor and senator, every Clinton and Bush, can dream of getting elected president next year. In sports, every team can dream of winning the championship. (Well, maybe not the Philadelphia 76ers.) In Hollywood, every crappy moviemaker can dream of hitting the jackpot with a smutty pseudo-farce involving a controversial world figure.

So many dreams. So little time.

To save time, here are 20 quests that, like Don Quixote de la Mancha, are not likely to end in success. 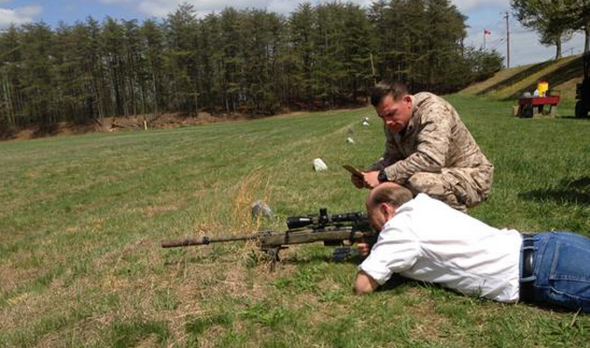 Not gonna happen. Only on Planet Colbert.

Too many Texans — or brothers of Texans … or blood brothers of Cowboys owner Jerry Jones — in the race. Plus there are those precious memories of the 2012 campaign.

It’s never happened. Why should this upcoming season be any different? (Even though it will be 2016 before we know for sure.)

Only one hope for redemption: Replace that racist football team nickname with the Washington Generals to honor the Great American War Machine — and to commemorate the only team to lose thousands of times to the Harlem Globetrotters.

For a man who got re-elected by an overwhelming majority in a Democratic state, the Joisey guvn’r has managed to alienate almost everybody outside of the Dallas Cowboys owners’ box. Eagles, Giants and Lions fans top the long, long list, followed by George Washington Bridge commuters, Republican conservatives and citizens who believe in civil discourse. At least he isn’t running for anything in the future.

It gathers no moss, but it gathers lots of other smelly stuff as a result of the UVa rape story debacle. Some click-bait web site could do a Rolling Stone “top ten ways to destroy what’s left of your reputation.”

We got the mini-playoff that the for-profit college football conferences wanted and then two non-SEC teams ruined it all. Proving that even the most powerful interests can’t always control everything.

Pennsylvania’s ex-governor could use a job, but it’s not going to be in Happy Valley, where everybody is mad at him for his ham-fisted role in the Joe Paterno affair. Paterno’s friends and family despise the man — and did whatever they could to defeat him. Paterno’s critics marvel at his incompetence. No Ph.D. here.