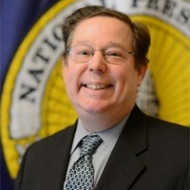 Good advice from “The Bloomberg Way”

I’ve been reading the invaluable journalism handbook “The Bloomberg Way” as I prepare to start my new life as a professor at Tsinghua University in Beijing. One of the many must-remember pieces of advice for journalists (whether seasoned or student) is author Matt Winkler’s suggestion to draw up a “top ten” list of influential people on your beat.

In his chapter on preparation, Winkler instructs the reader to get to know those influential figures on her or his beat.

Since I have covered the U.S. Congress for the past 29 years, I have put together my own list of ten most influential members of the U.S. Senate — as an example for my students and as a discussion topic for my friends in Washington:

The Kentucky senator has proven time after time that a minority senator able to command 41 votes can have more influence over the Senate’s agenda than the leader of its majority.

President Obama’s favorite frenemy in the Senate is a key player in almost all legislation to emerge from the Senate — even if his maverick ways rankle colleagues.

The feisty Nevada senator controls the Senate’s calendar but not necessarily the outcome.

The second-ranking Senate Republican, an articulate and telegenic lawmaker, is more likely than McConnell to be the public face of the not-so-loyal opposition.

it’s rare for a freshman senator to be one of the chamber’s most influential, but the first-term firebrand (and potential 2016 presidential candidate) is a key figure in both the Tea Party and Libertarian wings of the Republican Party.

Like Cornyn, the number two Senate Democrat is a smoother spokesman for his party than the top guy. He’s also a key player on immigration issues.

The former Chattanooga mayor has emerged as a pragmatic conservative and a get-it-done legislator in the mold of legendary Tennessee Sen. Howard Baker.

He might denounce Barack Obama and meet with the president on different issues on the same day. John McCain’s sidekick is a power in his own right.

It is exceptionally rare that a first-year senator ranks in the upper echelon in the upper chamber (Hillary Clinton and Phil Gramm are the exceptions that prove the rule). The hard-line Houston conservative has made his mark with an unceasing assault on the Obama administration and a skillful alliance with conservative opinion leaders.